It’s amazing to take a chance on an indie game and have the game give you a completely unique experience that many AAA titles are lacking lately. I find very few indie titles that blow me away but Mundaun certainly did just that. Mundaun is a first-person horror game developed by Swiss developer Hidden Fields and published by MWM Interactive. The game is full of weirdness and a visual style that adds tons to its horror atmosphere. It’s easy to tell that the creators of this game took their time and really wanted to display their vision with the utmost quality with what they had to work with because it definitely shows. If you’re a horror fan, be sure to give this game a try or you’ll be missing out on one very unique horror game. 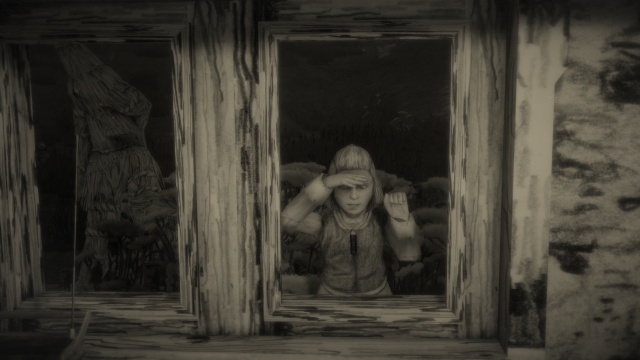 The game is voiced with a specific language that is exclusive to people in the surrounding area of the Alps. It is fully subtitled in English and the cutscenes play out much like an RPG or Zelda game where you can press a button to continue the dialogue. The game is presented with unique sketchbook-like visuals. The visuals add a lot to the overall atmosphere that the game is going for. Everything is dark and without any sort of color. White, gray and black make up the world of Mundaun. Light is very noticeable and dark areas get incredibly black at times. The views of the countryside and overall landscape in this game are incredible. It’s just like you’re looking at a professional pencil drawing sketched out on paper.

The game has a slight open world feel to it. Much of the game is spent exploring areas to find objects that will help you progress. While searching for key items, you can go off track and find items to upgrade your character’s attributes. Much of the game is made up of countryside fields with buildings and landmarks to explore. The game has a few puzzles to solve here and there. Puzzles can seem a bit confusing at times, but if you explore enough, the solution is usually written down somewhere.

You’ll eventually run into enemies that you can either fight or avoid. The game allows you to sneak by enemies or battle them. A few weapons can be used to fight enemies and they also have their own unique weaknesses that can be used to stun them or avoid their attacks. There are four main enemy types that you’ll encounter. The game sometimes rewards players for creative thinking while sneaking around enemies such as having enemies move around hay piles that you can set fire to and have it burn the enemy so you don’t even have to confront it. Enemies cause your fear level to go up when facing the enemy or getting hit by an enemy. Your character will move slower while an enemy chases up until the enemy loses sight of you. 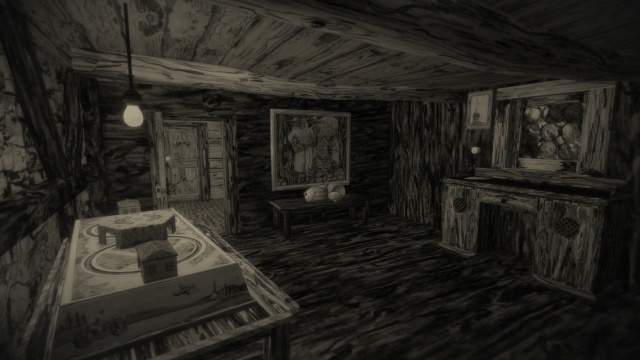 Sometimes it can be hard to figure out what to do. The game has an objective system that tells you where to go next, but sometimes that isn’t enough. There were a few times where I got stuck in some areas and didn’t realize where I was supposed to go. Often times, moving forward into the next area that the game was directing me toward would solve many of the problems that I would have however. For the most part, the game has a linear feel to it (if you follow the story objectives), but it is easy to get off track and caught up into exploring some of the offbeat locations. Mundaun certainly has a lot of weirdness and unique gameplay elements to it at times. The game has a slight minigame at ovens for making coffee. One of the items that you pick up is a goat’s head that speaks to you and helps you in your main quest.

The game has some great characters. All characters have a sort of dark presence to them. It’s hard to trust many of them with the way some of them act. There is a silent girl with a constant frown upon her face that you’ll meet up with and some characters that simply want to get drunk. The spoken language in the game is so very fitting once I got adjusted to it – it helps a lot with the overall feel of the area.

Mundaun has got an interesting story to tell and it also has multiple endings. There are quite a few secrets to be found for the curious that want to go about exploring its open world. The game clocks in at around 8 hours long for me – probably around 6 hours for most people that don’t get sidetracked too easily. Mundaun is a creative masterpiece of a horror game. If you enjoy horror games make sure you give this game a try.

The Bad:
- Replay value is minimal outside of a few endings

Final Rating: 90% - Mundaun is a hidden gem of a horror game with some very creative visuals.