What Happened? Well, I'll tell you what happened... I just finished What Happened and my left thumb is very sore from holding forward so much. What Happened is a first-person exploration (walking simulator) developed by Genius Hackers that deals with the realities of anxiety, depression, and suicide. You take on the role of a high school teenager (Stiles) as you journey through his emotions in real time. While the gameplay is not all that interesting, the way the game handles the subject matter is pretty good overall.

Players take on the role of Stiles and must journey through the feelings in his head. Stiles is having complications with his girlfriend and his best friend. His mind is an actual character in the game and takes on the form of himself to try to guide him through situations or possibly trick him into alternatives. The majority of the game is walking through pathways of symbolism. You'll visit and revisit many past events in Stiles' life and experience his emotions differently as the game progresses. 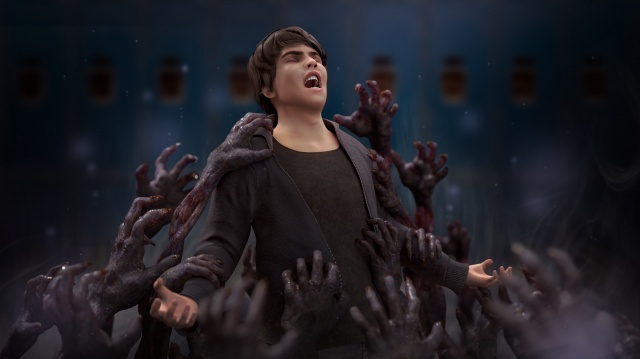 For the most part, the game does a good job in helping the player to experience what is going in Stiles' head. There are some experiences that make you feel as if the character is on drugs (or coming to terms with his reality) with all the vibrant color changing that takes place a good bit of the time. A good bit of gameplay is simply walking but you'll have to retrieve some key items and solve a few puzzles along the way. The puzzles are quite easy and mainly require simply finding a certain item to find the solution, which is clearly shown to you at that time. The main problem with What Happened lies in its gameplay however - the gameplay is very boring. A good bit of the gameplay is about finding the next interaction point (usually a light switch or some other object) and then moving on. Like I said earlier, my thumb was sore from holding forward so much by the time the game ended.

The overall graphics and atmosphere look really good for a first-person game. This game would actually make a great VR game. Eventually the game goes to third person (during cutscenes) and starts to show off the main character model and other characters and that is when you can see the lack of detail in character faces quite obviously. So long as the game stays in first person without other characters near you, it looks quite good! It would be interesting to see the developer work on a more traditional survival horror game since there is a lot of promise show in What Happened's narrative, atmosphere, and overall look. 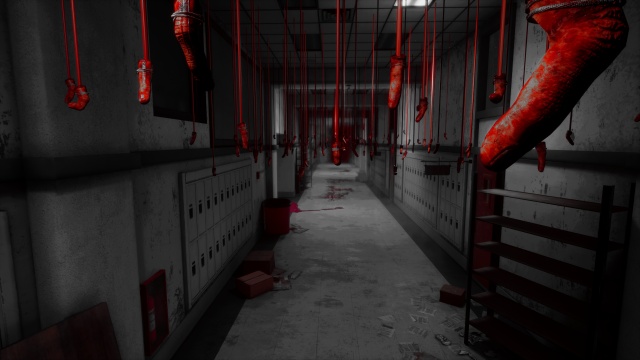 The story is pretty good, but it feels too lengthy. The game feels long-winded about halfway through since it keeps bringing up the same realities constantly without moving on to other situations. Even though the game seems to focus on realities (such as suicide and others) it should give more focus on its characters. The characters are not interesting at all. The main character is the only character that is explored and he still feels boring. 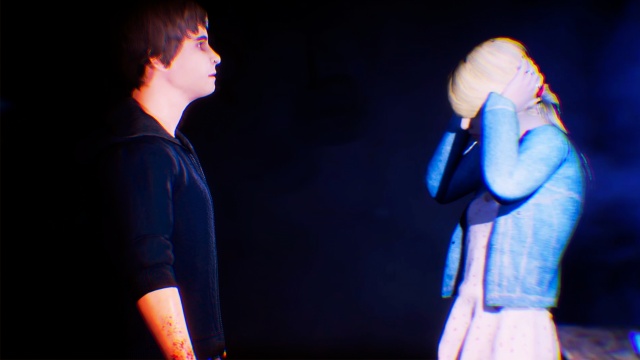 It took me about 5 hours to beat the game. Being a walking simulator, one interesting part of the game is that it has some good replay value. The game has multiple endings that can be unlocked based on certain events and it also has some unlockables that can be found through finding certain combination as well. The entire interface of the main menu is very unique. Upon starting the game, you get to explore a room that leads you to selections such as New Game, Continue and Options and these are all located inside doors. What Happened isn't totally bad, but the gameplay makes it a real chore to play. If you're a fan of a decent story, you might find something to like here, but if you're planning on actually enjoying the gameplay in between the story, it's not that fun.

The Bad:
- The character models lack detail
- Characters are not interesting
- The overall gameplay is boring

Final Rating: 60% - While the story is fine for the most part, What Happened to the gameplay?