Maid of Sker is a first-person survival horror developed by Wales Interactive. Wales is well known for their FMV games and Don't Knock Twice. This is my first time playing one of their games and I'm pleasantly surprised at the way it turned out. From playing Maid of Sker it's very obvious to me that Wales Interactive really knows how to make good survival horror games. The game's story was crafted by developers that worked on SOMA, Don't Knock Twice and Battlefield 1.

Players play the role of Thomas, who has received a letter from his girlfriend Elisabeth. Elisabeth has visited the Sker hotel and is now trapped there. She describes her pursuers as "The Quiet Ones" and says that she hiding in the hotel to keep them from finding her. Before long, Thomas takes a train to the hotel in an attempt to find Elisabeth.

The majority of the gameplay to Maid of Sker revolves around stealth and sneaking. Most of the enemies in the game are blind and hear your character based on sound. You can literally sneak right by them and they can't see you so long as you remain quiet. Your character can duck down to limit noise made and you can also hold your breath to keep you character from breathing for the utmost silent situations, such as when an enemy is just a finger touch away. 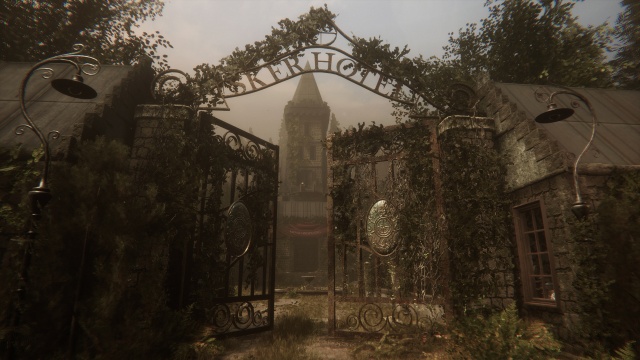 After a while, you'll start to run into dust from uncleaned areas or fires that will make your character cough if you don't hold your breath. The game also sets up traps for you that cause your character to cough or make noise. For instance, bottles of gas can be thrown in an area so that you have to hold your breath to pass through the gas. Sometimes traps will set off loud noises as well. Your character can also create noise by brushing against environmental objects, so you have to try to stay away from objects while sneaking by enemies.

While sneaking around the hotel, you'll be finding key items that will help you to progress. The game does have a few puzzles where the answer can be easily found in the environment. Puzzles include ringing certain bells, pulling certain levers among other puzzle types. Ringing some bells can lure enemies to areas. The problem with luring enemies is that sometimes enemies won't hear distraction sounds even if they are in the area.

Early on, the enemies can get a bit boring since they seemed to only slow down my pace rather than feel as if they were hunting me. Later in the game however, the game does pick up a good bit. Some enemies begin to get more aggressive and change their pattern and not all enemies play by the standard rules as you get further into the game, which helps to break up the monotony of silently sneaking by them. The game also has a strange sensitivity to its camera controls - thankfully, I could set it to really slow camera movement, but I've never encountered default camera controls that were so overly sensitive. 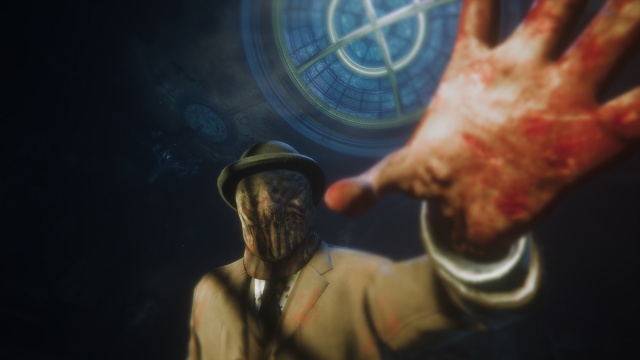 The game's overall story is not the deepest, but it definitely has uniqueness to it that I don't often find in other survival horror games. Going into detail would lead to spoilers, so I'll just say that this game's story doesn't feel clich� like most other survival horrors. The overall graphics have a great style that fits the game. Everything has a faded old look to it. The overall look nearly has a slight Bioshock Infinite type of style. The game has an impressively solid framerate on Xbox One. The sound is fantastic. Not only do you hear tons of creaks and other noises in the background as you progress, but the vocal tracks and sung beautifully.

The game took me a little over 6 hours to beat. I still had many collectibles that I had missed however. The game puts some of its collectibles in some very offbeat areas that you have to return to just for the sake of picking it up, so it's very hard to get all the collectibles without some sort of help. There are also two endings to the game. Maid of Sker has some decent replay value - it's a lot better than your basic run-of-the-mill survival horrors where everything is basically laid out for you and it's easy to grab everything along the way. The main reason to replay the game is for the achievements/trophies that limit you or require some other limited task. 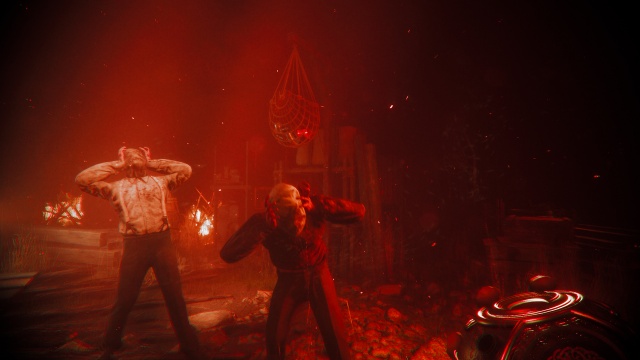 Maid of Sker has a feel all its own to it. It's not a mind-blowing game, but everything seemed to go together very well by the time it ended. The game is actually one of few games this year that I would replay to experience again. It sort of chugs along at the beginning but once things start to unravel, it's hard to put down. The game has many files that were actually interesting to read - it seems strange to commend a game for its files, but too many other survival horrors have files that don't contribute much to the main plot and feel useless to read. If you're a fan of survival horror, definitely give Maid of Sker a try. It's one of the better survival horrors that I have played this year so far.

Final Rating: 80% - Maid of Sker is quite a unique survival horror game.