Röki is a game steeped in Scandinavia folklore, but don’t expect to meet Thor and Loki. Röki is inspired by the region’s fairy tales rather than its mythology and is populated by bridge trolls, talking trees, and house elves. The game opens in our mundane, non-magical world as two children, Trove and her little brother Lars, are walking home after an afternoon of play in the snow. You play as Trove, who has had to mature beyond her years and become her brother’s de facto guardian after their mother’s death and their father’s subsequent descent into depression and alcoholism. What begins as a typical evening for Trove, making dinner and putting Lars to bed, takes a decided turn towards the extraordinary when a large monster attacks their home and kidnaps Lars. Trove pursues the pair and soon finds herself in a magical world where the childhood stories she reads to Lars at night are all true.

If this all sounds like a fairy tale within a fairy tale, that’s because it is. The children who stumble upon a world next to ours, the lost sibling in peril, the older child who finds the strength she never knew she had, and other elements of Röki are all familiar themes in folklore. However, Röki is not simply a retread of a story that you’ve heard countless times before. Like all good folktales, it takes familiar elements and weaves them into a new tale that feels fresh and new. 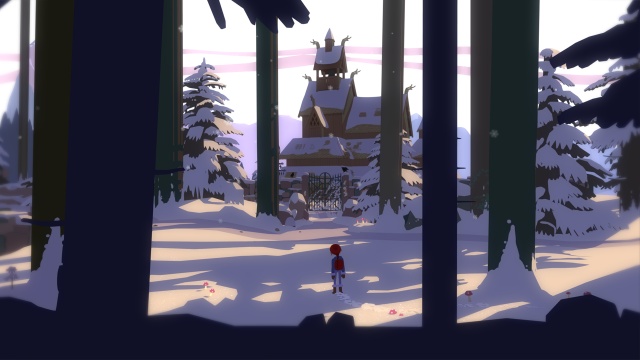 Since Röki is a game about folklore tradition, it’s appropriate that it’s an adventure game in the traditional point and click style. You move through the world a screen at a time, and each location is home to a number of interactive objects, some of which can be collected and added to your inventory. These inventory items can in turn be used with other interactive objects – as well as be combined with each other to create new objects – in order to solve the game’s puzzles and advance the story or open new areas to explore. The game streamlines the process of finding and interacting with the objects in the game, so it avoids the tedious pixel-hunting exercise that can turn some of the games in this genre into a chore. I found the puzzles in the game to be pretty straightforward - some of them required a little thought, but there was nothing that was too difficult or obscure to overcome or that required some time spent trying to track down walkthroughs on Google. The game’s journal feature is also quite helpful, as the notes Trove jots down during her adventure provide excellent reminders or what you’ve encountered so far and what you should be looking for next.

The game’s art style is quite appealing, and is reminiscent of the illustrations that you’d find in a quality book of fairy tales. But Röki gives you more than a book can as your experience is enhanced by an excellent soundtrack that expertly plays to the emotions and moods of what you’re experiencing on the screen. It really helps pull you further into the tale and connect to its characters, and you’ll find yourself playing for longer than you anticipated as you get lost in the story and keep turning to the next page to see what happens next. 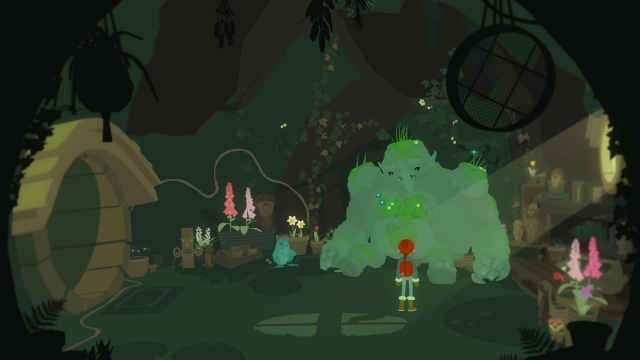 My only complaint with the game is that it assumes that you already have a certain amount of familiarity with the tales and creatures referenced in the game. While I didn’t need to use Google to find a walkthrough, I did find myself trying to find more information on Scandinavian legends and the creatures that inhabit them. It would have been helpful if the game’s journal contained a little background information on the characters you meet – it’s not necessary information to complete the game, but it certainly would have enhanced the experience.

Röki, like a good fairy tale, is an enchanting experience that melts the time away. Adventure gamers may find it a little less challenging than they’d prefer, but this makes the game more accessible to younger gamers without it devolving into a children’s game. It’s easy to recommend to anyone who wants to get lost in a good story set in a magical world.