In Sound Mind is a first-person psychological horror/action/adventure developed by We Create Stuff and published by Modus Games. The game is probably one of the most unusual horror games that I have played. It combines action and puzzle solving quite well and gives you tons of unexpected moments that can be scary or quite funny. Overall, it’s a very unique game and it’s easy to tell that the developers had a lot of fun making it.

Players take on the role of Desmond Wales as he awakens in a strange building where he learns of victims that were exposed to an experimental chemical. It turns out that these victims were his former patients and he must find their tapes and listen to them then enter a world shaped by their mind. The world is constantly changing around Desmond and he must gain items to advance forward and find the truth behind this building he is trapped in. 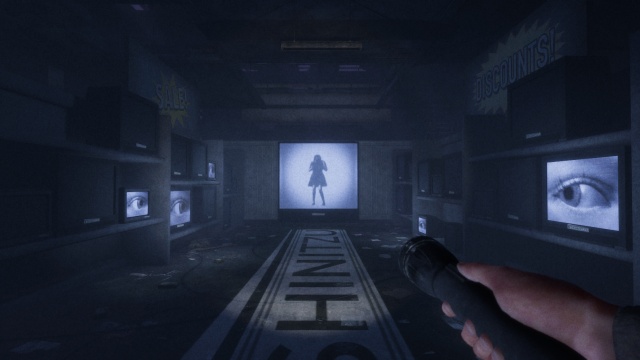 In Sound Mind is a great surprise of a game for me. At first it appeared like it was going to be a run-of-the-mill walking simulator, but it is so much more once it gets going. You start out in a building and must collect patient tapes then go to your upstairs office and play them to enter one of the main stages of the game. The stages are shaped based on the patient’s experiences. You’re basically playing through someone else’s head while learning their story. The game combines action, adventure and horror rather well. It is not fully any category of game and has a lot of variety to go through.

You’re constantly gaining new items in this game that change up the gameplay. For instance, in the first stage, you gain a mirror shard that allows you to see hidden items and objects in the environment while looking at the reflection in the mirror. The mirror shard is also your only way to melee attack the environment, which can destroy boards and other obstacles in the way. Much like a Zelda game, once you gain new items, the game will have you using them throughout the rest of the stages. 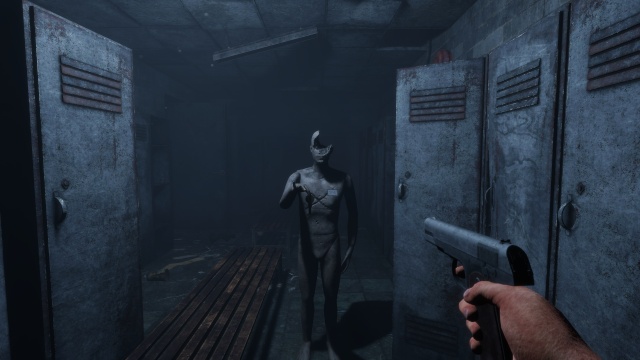 The game has many puzzles. Most of the puzzles are pretty straightforward, but require a bit of thought with your current items. Some of the puzzles have simple solutions that are hidden in the same room. The game has many action areas as well, such as intense boss fights that usually have a sort of puzzle sequence to them. Normal enemies come in the form of inkling-type creatures. The boss of each stage appears as you work your way through a stage and the boss sort of chases or interrupts your progress kind of like a scripted pursuer.

The game has a few platforming segments, which brings up one of the major faults in the gameplay. When dashing, you’ll have to keep an eye on your stamina bar, which will recharge once you stop. The problem with this is that the recharge takes a while to activate. Later on in the game, the game throws some very intense platforming sections and areas that you’ll want to run through. When you have a stamina bar that takes a while to charge and constant pressure on you when you stop to allow it to charge, it all gets very frustrating. The final areas of this game caused me to turn down the difficulty down when going through it and I am NOT the type of gamer to turn down difficulty that much at all.

In Sound Mind has some very solid atmosphere to it. This game is incredibly witty and self-aware. The game knows how to mess with a player. It would scare me at times just from unexpected happenings that weren’t even jump scares. It would make me bust out laughing at how well-timed some of the mannequin with gestures would just suddenly appear. As you walk by phones, they will often ring so that the main antagonist in the game can speak with you. If you hang up in his face, he might suddenly appear to tell you off. 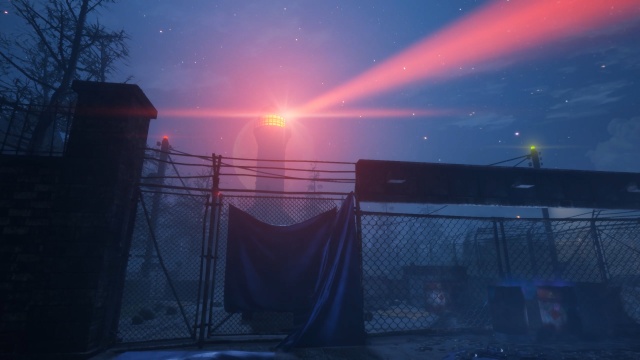 The music in this game is really something. The game has atmospheric tracks and it even has its own theme song for each patient. The theme songs are quite well done. There are also tons of collectibles to find. The collectibles help you upgrade your character. This game has some clever hiding spots for items.

The game’s inventory management could use some work. You can cycle through inventory with the bumper buttons or you can select from an inventory list with the directional pad (only up and down directions). You can only switch between two different items at once using a certain button. All of this inventory management can get hectic when in battles with tons of enemies later in the game when you have tons of items in your inventory. The inventory would be much better if we could map the full directional pad to four items.

I did experience a few performance issues here and there. It seems like this game has constant stutters in the framerate every few minutes. It’s hard to say if the stutters are from loading or something else (maybe some hardware incompatibility?). I also fell through the floor in a few segments and was forced to restart. The game just seems like it would be more solid when everything looks so great. It did have an update halfway through my playing of the game which seemed to make the game run a bit better. The overall graphics are quite good. The lighting is well done and really forces you into using a flashlight in dark areas. 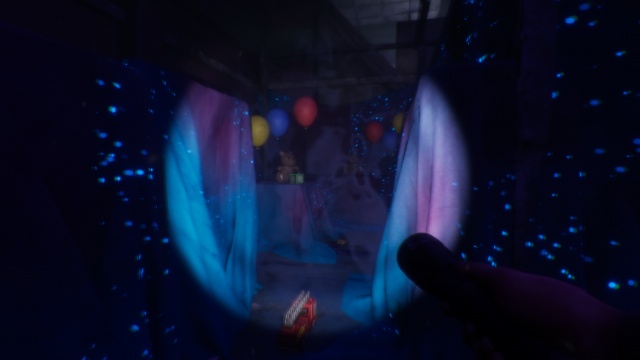 Once you beat the game, there is not much in the way of replay value besides playing it through again. The game keeps a save near the end so that you can go back through each stage and find all the collectibles that you might have missed. There is a high chance that you didn’t find everything with the number of items available to find. The game took me around 20 hours to get through everything, which is probably around 10-12 hours if you rush through it without going for collectibles, reading notes, and taking out the time to think your way through puzzles. Overall, this game is a great experience with a few problems. I really enjoyed my time with the game for the most part. If you’re into first person action games with a blend of other genres, you’ll most likely find something to like with In Sound Mind. It’s an overall great experience for anyone that finds delight in action, adventure or horror.

The Good:
+ Very fun and engaging campaign
+ A lot of gameplay variety thanks to constant new items as your progress
+ The soundtrack is fantastic!

The Bad:
- Platforming can be annoying thanks to the slow stamina gauge recharge
- Inventory options could be better (mainly later in the game)
- Performance issues and bugs here and there

Final Rating: 80% - In Sound Mind is a solid psychological horror with a lot of surprises and it’s an overall great experience.