Someday You'll Return is a psychological horror adventure game developed by CBE Software. The game is a first-person walking simulator type of game with quite a few unique mechanics all its own. The story to the game has a lot of imagery and could lead to a lot of deep discussion after seeing it through to the end much like a Silent Hill game. For an indie game, Someday You'll Return rivals many AAA games with overall presentation, creativity, sound, and story. It's quite an impressive game that really had a lot of love put into its development.

The game starts out with the main character (Daniel) coming to a forest to search his daughter (Stela), who has run away. Using his cell phone's GPS, he sets out to find Stela in an area where he spent a lot of childhood and swore never to return. The story is very cryptic from the beginning and starts to unfold slowly right before unleashing its twists toward the end. It's definitely a story that many players will be trying to piece together and will discuss on message boards for a while. The story is very layered and that is actually a good way to describe the majority of the game. The developers really went out of their way to try to enhance just about every aspect of the game as much as they could. 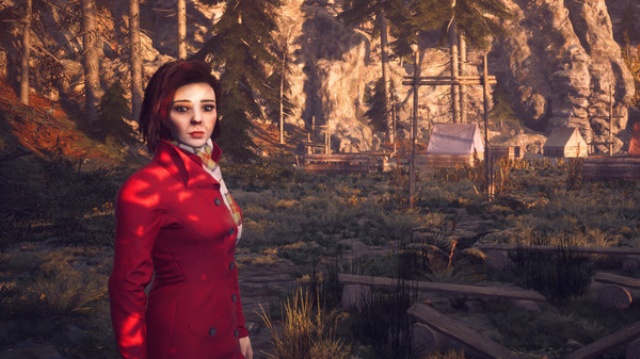 The main area you'll be exploring is a huge forest that you'll navigate using your cell phone's GPS. The GPS won't always be available to you, but there are markers that can help out for navigating and there are times where you have to follow footprints. The entire forest looks beautiful and the time of day changes while exploring. Your phone also serves as a light for dark areas - and you'll find an extra flashlight later on as well. The entire forest is open world and even once you get to smaller objective areas you'll get a choice of multiple paths to take at times. Overall, there are a BUNCH of areas to explore in this game - objective and side areas.

The game does puzzles in a variety of ways. First of all, you have your standard puzzles that require a good bit of researching or exploring to find the solution (usually a password). You'll also have to combine items with other items in order to build key items. In order to build items, you'll be given an image of the key item in your inventory and have to find the parts needed then combine them. You can also fix and take apart some items. Your character has a tool belt with various tools that can be used to put together or take apart items. There is also a very unique climbing minigame where you have to use both hands to grapple onto handholds as you work your way up walls. You have to switch between your left and right hand and make sure that you can reach each handhold - if you can't you might have to climb back down a bit to reposition your gripping hand. Some handholds are only meant for one hand while bigger handholds can support two hands. From the start, the climbing areas don't look like much of "puzzles" but later in the game, they definitely turn into some complicated climbing puzzles.

There is a really cool herb-mixing menu. Pick various herbs from the environment and you can go to your inventory and cut them apart then mix them to create mixtures that will give certain results based on the mixture. All mixtures are displayed in writing as you mix them so its hard to mess up. You'll have to crush up some parts of herbs and add others whole into a mixing pot. All of this is quite fun once you see how its done. I was highly impressed with the overall herb mixing. The only bad part about the mixing is that some of the mixtures are only used once or seem rather useless. 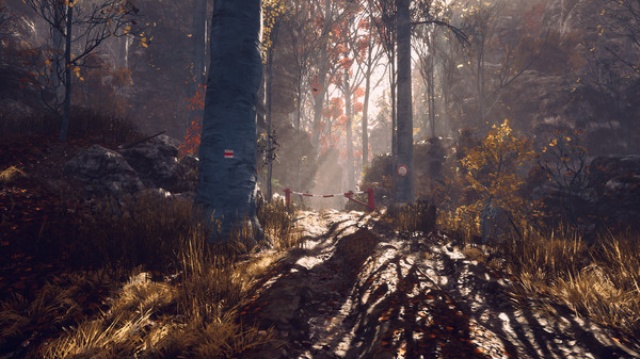 The game has only a few enemies, that you'll either be running or hiding from them. There is one enemy that you have to hide from that is super annoying. It's an enemy that will scream and stun you once it sees you then, if it catches up with your character, it will instantly kill you. These enemies can be stunned later on with a special stake but it doesn't help that much. I often ran through areas with these enemies to get through the area as quickly as possible since they got very frustrating. There are also a few chasing sequences in the game.

As already mentioned, you'll get access to a magical stake that allows you to levitate certain blocks by driving it into the ground. This can make platforms for you to move over as long as the stake remains in the ground. You can charge the stake to make it stay in the ground longer. The stake's hit detection to drive it into the ground seems off quite a bit. There were several times where I had solid ground below my character throughout an area but couldn't manage to use the stake and had to find one precise area where it would finally stick in the ground. You'll eventually gain access to Stela's journal and you'll unlock entries in the journal after certain events. Your normal journal has a list of objectives and collectibles inside of it. The game is filled with files to look at as well.

The graphics are a sight to behold for an indie game and the overall game runs very smooth. Character models are overall really good and very lifelike with their expressions. You'll eventually enter some surreal areas (kind of like a Silent Hill dark world) and the effects (black slime, pipes that stick out of the ground, spiny roots) in those areas are quite nice. Lighting effects help to add to the dark world areas and force you to use your flashlight often. The game isn't all that scary, but it sets up an unsettling mood at times. The overall mood of the story is very well reflected in the game's environment as you progress. The environments start to change as the story continues to unfold. 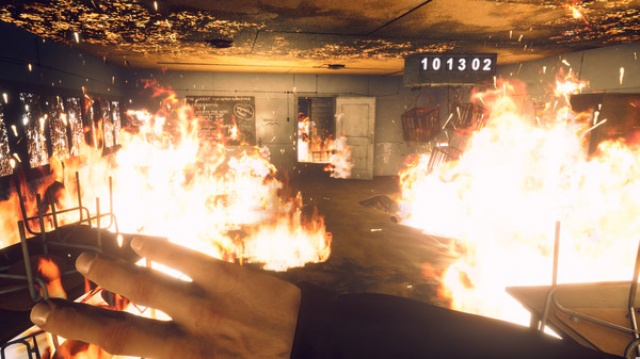 The game's soundtrack is very fitting and moody. It has a few vocal pieces that play in certain areas along with more atmospheric music during certain encounters. Voice actors lend some overall good voice talent that bring most of the characters to life. The main character (Daniel) often sounds a bit boring compared to other actors but that is most likely part of his character. One thing that is highly noticeable with the sound is how some of the dialogue interrupts other dialogue at times. Sometimes when a character speaks, they will interrupt their current sentence with a new sentence and there were times where dialogue was skipped mid-sentence. There are also a few areas where it seems like sound effects are missing - some actions seem awkwardly quiet.

The game clocks in at around a good 10-12 hours long. It took me altogether 20+ hours, but a lot of that is from trying to figure out puzzles or getting stuck in an area. The game has many areas where the main goal is not always so obvious, whether it be an interaction point that I couldn't see, a dark area with a hidden opening to find or many other possibilities, I got stuck in this game a lot! The length of the game didn't really bother me until the final few areas. Toward the end, the game starts to rehash its climbing segments and other types of mechanics way too much to where it becomes obvious that the developers were simply trying to overextend the final area.

For fans of games with deep stories, you'll get the most out of Someday You'll Return. It's definitely a type of story that requires a lot of thought to piece together after you see it all. The game has multiple endings, so there is a reason to play through it again. There are also many collectibles to find (one collectible type has 100 pieces to find!). Fans of Silent Hill and horror games in general will probably like this game, but keep in mind that it is a very different type of horror game from Silent Hill and Resident Evil - it only takes inspiration from them and is very much its own game and far from a clone. The game builds an overall interesting world and gives a memorable experience that we don't often see in many horror games nowadays.

Final Rating: 80% - Someday You'll Return offers such a great experience that it will have you returning to it someday.