Moons of Madness is a cosmic survival horror developed by Rocket Pocket Games and Dreamloop Games. When it comes to cosmic horror, these types of games are few and far between, so it was a pleasure to experience another horror game that takes place in space after so long of a break from them. Moons has some slight Lovecraft influences with its horror imagery. The overall feeling of losing sanity and going mad is a key point in the story as the game goes on.

You take control of Shane Newehart, an astronaut technician that is stationed at a research station on Mars. Shane is completely unaware of the events that the company that he works for (Orochi) is investigating and is simply there to get in his hours before the next team arrives to take his place. After several problems, Shane is called in to help fix the situation and starts to experience strange events that lead him to the true terror outside the walls of the research center. 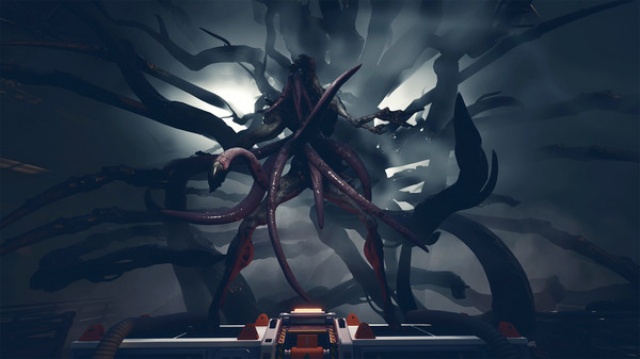 Moons of Madness is a first-person game and the developers definitely take advantage of that for some nice jump scares. It's very noticeable how the character simply appears to leap through each doorway face first to whatever is on the other side the moment a door is open. The game is full of tension a good majority of the time. The environments are quite detailed and the particle effects can get really nice in some areas. The game has some very grotesque imagery at times and it's all up in your face like in an Outlast game.

Puzzles are a mixed bag in this game. You either have a super easy puzzle or a puzzle that is made cryptic by the little details on how to solve it. Some puzzles make it hard to understand the actual objective on what to do in order to solve them. Once I figured out how some of the puzzles worked, they were actually easy, but appeared harder than they should be from lack of not understanding them. When it comes to puzzles, the game sometimes gives you a puzzle and basically says "here, solve this" without any (or very few) sort of guidelines or information. You can also manipulate electronics with a hacking pad on your arm. The hacking pad will scan the environments for key items, electronics to hack and show you your main destination. 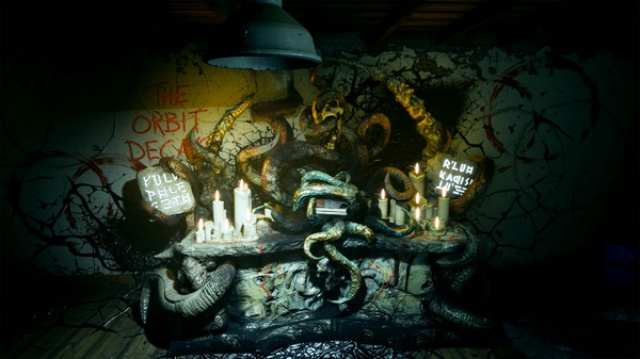 Encounters are kept to a minimum, but there are a few. You'll spend a good bit of a stage running from one enemy. There is an actual boss fight later on as well. The boss is fought with QTEs that don't seem to activate well once they appear - you have to center your vision on some glowing circle to make a button icon appear and then press it in order to complete the QTE.

If you're in this game for the story, you'll have a great time. The game has a good amount of spoken dialogue and there are tons of files to read. The game has an entire database of notes, journal entries, text transcripts, and all kinds of other bits of information to absorb. I often read everything that I come across in a survival horror, but this game had too much. This is not to say that the information was not interesting however - the overall story is quite good and layered.

The game has two endings, but next to no replay value. To see the extra ending, all you have to do is load up your most recent save after seeing the first ending then beat it again. There is simple decision at the end that leads to a separate ending. Some areas of the game are riddled with particle effects that can cause the game to slow down easily. Even with all the PC requirements for playing the game, I encountered some major slowdown in some areas while playing on the default settings. There is also one stealth portion of the game that got a bit frustrating and the checkpoints aren't always forgiving. 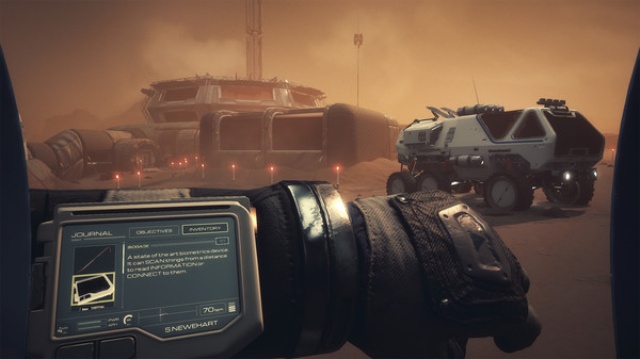 Overall, if you're in it for the overall horror atmosphere and story, I think you'll find something to enjoy in Moons of Madness. It certainly has a great presentation for an indie game, the story is overall good and the game has some fantastic overall sound. The game is riddled with annoyances that keep it from being great for any player however. The overall gameplay isn't all that fun - the look and story is what makes the game enjoyable.

The Good:
+ Very good presentation with the overall environment and look of the game
+ Overall sound design is quite good
+ Interesting story

The Bad:
- Nearly no replay value at all
- Puzzles can be very cryptic (mainly not enough information)
- The stealth portion of the game can be frustrating
- Many time-consuming interactions around the beginning