For those that don't already know, I love the Resident Evil series. The problem is I have a love/hate relationship with anything scary or horror related. The suspense and the intensity is what I like, but actually being scared is not up my alley. I haven't actually been scared by a RE game since 2 and that is probably because it was the first in the series that I played and I was fourteen, still a baby. Anything thereafter hasn't really had the same impact until now with RE 7. Within the first hour of the game I had been jump-scared a handful of times and my heart rate was through the roof almost to the point I thought that I may have been having a heart attack. For a while there it was to the point that I could only play the game in 30-60 minute stints so I could go recover. Now I am not speaking negatively of the game, but it should be interpreted as the fact that Capcom has done something they haven't been successful at in a long time, true survival horror. 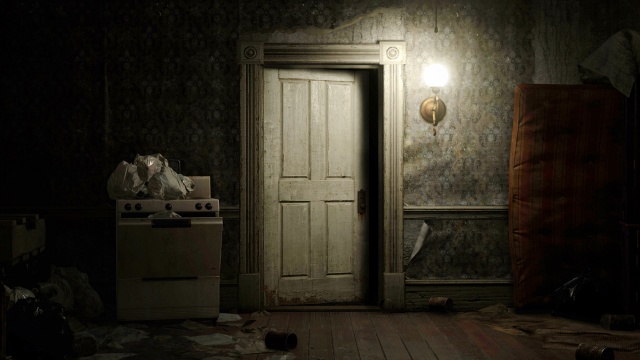 Based in 2017, our protagonist Ethan Winters has just received a message from his wife Mia who had been presumed dead for over three years. The message from Mia is very distressed and she pleads with Ethan to stay away from her. Of course Ethan doesn't heed the warning within the message and goes after her to Dulvey, Louisiana. When Ethan arrives at his destination it is a plantation in the middle of nowhere. The grass is overgrown and the farmhouse in view appears to be abandoned. After making your way to the farmhouse you start to learn of the Baker family that lives there and of the many people that have recently gone missing. As you continue to make you way through the house you quickly discover there is more at play than just a deranged family living in this house. It will be up to you to put the pieces together and find Mia.

Right away you will notice the game is played in first person. This is a major change of perspective from other games in the series which had always been in a type of third person. This change actually makes a lot of sense because the game does support VR (PS4 only, but isn't required). Because of the VR support I had a lot of fear the game would play out like cheesy 3D movie being watched in 2D format. Thankfully and almost immediately I could tell the way Capcom developed the environment and enemy interactions the style of gameplay was more immersive than anything else I have played. I honestly can't imagine playing this game in VR. I'm not even sure I really want to play this game in VR because it is already super intense without it, though I can see and have already heard the appeal. The only problem with the type of scare tactic Capcom uses does lose its effect after a while. The first half of the game felt fresh and rewarding and hella scary. Halfway through I could almost anticipate what was going to happen before it did, and the development of the story overall felt to lack in depth. That may be interpreted negatively; however, I still thoroughly enjoyed the roller coaster ride and experiences all throughout the game. 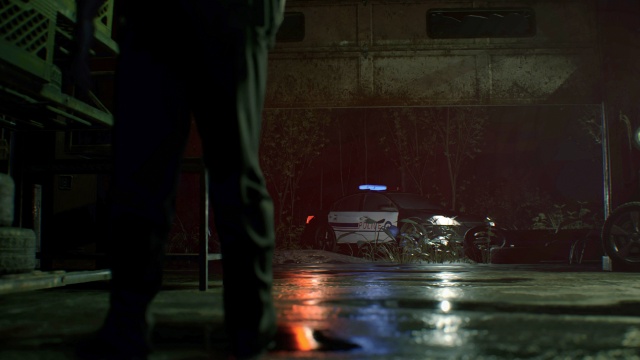 What I enjoyed most in the game were the puzzles and the way historical events were presented. That may come as a shock for those that know me personally or have read some of my other reviews, but I HATE puzzles in games. The puzzles in RE 7 are fairly simple which is probably why I was able to enjoy them. Most require you to just collect pieces to a door or to project a shadow properly on a wall, while others are a little more elaborate and involve a type of escape room situation, knowing a password, or even a play on Indiana Jones sandbag idol swap. Look, I'm not a gamer that really wants to think too hard about how to accomplish things. I do enough thinking at my day job. For some these puzzles may be a little too easy, and not as enjoyable and more of a nuisance. Some of the puzzles are contained within VHS tapes that can be picked up and played at a TV/VCR. What is awesome about these tapes is that you aren't just watching a video you are playing out the video. These videos again may provide a hint for a puzzle you are working towards, but also provides historical insight as to what has happened in the past or even at the Baker home. I love this aspect because it's not just a meaningless item to collect for an achievement, but plays an integral part in the game and not just letting players read a ton of text on the screen.

One of the best ways RE 7 has been successful in re-establishing the "fear factor" in the series is the environmental layout. At first the Baker house seems very tight and small which adds to intensity when enemies or bosses are coming after you making you feel trapped. Sometimes when you thought you would be safe an enemy would surprise you by making a grand entrance you never knew existed. The boss encounters are very similar in the fact that the battlegrounds are very busy, but close quarters. I sound like a broken record at this point, but this adds to the fear, intensity, and immersion that I love so much about this game. RE 7 has you up close and personal with almost every enemy and boss encounter. Though as you progress and start to figure out how to open passageways and locked doors the more open the environment becomes. This kind of design lends itself well to guiding the player to where you should go almost on rails, but opening it up enough to allow for exploration and easier backtracking later on. Oh no, Mark, you didn't mention backtracking did you? Sorry folks I sure did, what RE game isn't complete without some backtracking? Don't fret folks as the level of detail never really gets old and once you open up enough paths they loop together allowing you to familiarize yourself with each level. This makes backtracking more comfortable and a breeze, but also satisfying. Who knows, there might be some secrets you may have missed before and that's part of the fun. Look through all the nooks and crannies of RE 7 and you will be rewarded. 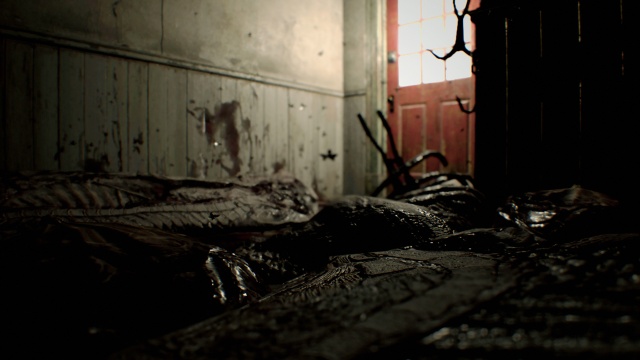 Let's get down to the brass tacks. I have played through this game twice it is so good. I believe every game in the series deserves and is even encouraged to play through multiple times. With each difficulty completed and with other hidden milestones met you unlock items you can use on your next play-through. I won't spoil what those items are, but they are mostly utility-based that are very helpful in tougher difficulties or even when backtracking to get achievements on lower difficulties. The game can be challenging at times, but not to the point where you will get frustrated. Just remember, you have unlimited lives and can use what you have learned to repeat an area more efficiently. Remember to use whatever resources the game is giving you; most of the time it isn't a suggestion, but probably a requirement. One thing I am slightly sad about is the level of difficulty. My first time through was on Normal and even then it didn't feel like a mountainous challenge. My second time through was on Easy and that felt more like a tour of the game rather than an enjoyable experience. Madhouse difficulty is the hardest and for fans of the series will feel most at home with. In Madhouse there are limited items and limited saves requiring tapes to be found in order to use in the recorder to save while on the other difficulties it is unlimited. This has more of a strategic and survival feel to it similar to other games in the series. To each their own! Look, when I wasn't playing RE 7, whether I was at work or on the train going to work, I couldn't wait to go home and play or even talk to colleagues about the game. RE 7 is a huge breath of fresh air for the series and I look forward to seeing more. Thankfully there has been several DLC announcements that I think are supposed to add to the Baker family backstory. In the meantime you'll find me working through the remaining achievements. If you are a fan of the series do yourself a favor and pick this game up. Even if you aren't a fan of the series and love horror games you should think about adding this game to your collection.