Beards are important to dwarfs. So important, in fact, that your beardless dwarf in Bravada is willing to risk his own life and the lives of his companions to find his own in the weird world in which he finds himself.

I was a bit on the fence when I first started Bravada, because the first level left me feeling confused, and quite a little bit like I was just wasting my time. I just barely made it through the level on the normal difficulty, because I didn't really understand what was going on or how to use my party members to their full advantage. The second level, though, brought on a new set of challenges that forced me to look deeper into every member of party, and it was then I realized how interesting the combat really was.

Bravada is a turn-based strategy game, though because the turns go so quickly, it often doesn't feel like it. The game is based around your dwarf, who is on a quest to find his beard, which he believes will come if he can go on these quests to prove himself. The quests are not very different, as they all consist of taking your dwarf down his alley to get to the end of the level. That doesn't mean that the game isn't fun though. 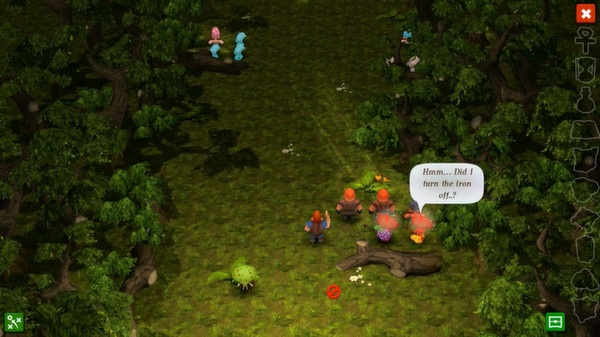 This game was the first game that I have played in a long time that kept me up all night because of my sheer fascination with finding out everything that this game could offer, which is turns out is a good bit.

The story told by Bravada was completely irrelevant to me. To be honest, I couldn't care less about my dwarf. It was the gameplay and the strategy that kept me moving forward.

The game is played by moving your party down the lane while fighting enemies along the way. The cornerstone of the party is your dwarf, who can happen upon other recruits along the way, all of whom can use their powers of attacking, healing, or melee-ing the enemies who come into your path. The game also features items that range from books to upgrade your party to a staff that can duplicate the enemies and add them to your party. 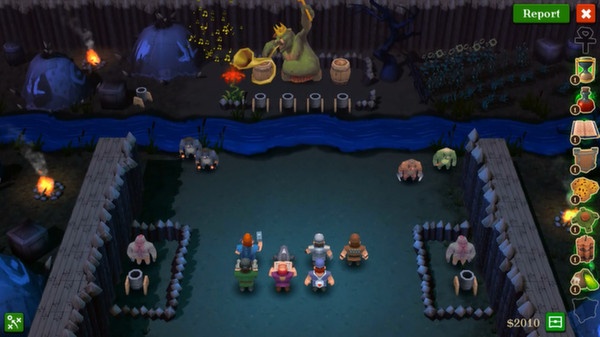 Chess is really the best game that I can compare this to, because the fact that each character that comes into your party can only use their attack on a certain number of spaces in front of them and behind them, and that leaves you constantly adjusting to find the perfect arrangement of party members.

Overall, this is a very simple game with a very simple premise with deep and strategic gameplay that never gets too bogged down in any aspect, and is a blast to play.

Final Rating: 86%. Bravada's cute exterior shows just a fraction of the deep and interesting gameplay that keeps you coming back for more - especially for the price.