As of late it seems as though Rogue-like games are making a huge comeback. Any fantasy or RPG game that has tiered dungeons, grid-like movement, sprite-based graphics, or perma-death instantly get stamped with the genre although they don't necessarily have all of the characteristics. Road Not Taken is packed full of rogue-like characteristics and can proudly wear the badge of honor for the genre, but that doesn't automatically mean it will be completely enjoyable.

Road Not Taken involves a traveling ranger who stumbles on a snowy village that requires his assistance to reunite the children of the village lost in the woods with their mothers. Some of the mothers who had gone looking for their children are also lost in the woods. The assistance asked of the ranger spans the course of 15 years, with each year interpreted as a level and each year becoming progressively harder to overcome. Only armed with a blue flaming staff that can move objects, the ranger must overcome a series of enemies, puzzles, and himself to complete his duty.

Road Not Taken begins with a nice easy tutorial which involves picking up an object, moving it around, and throwing it. It turns out that that is the gist of what you can do in the game. The downside is that once you have an object picked up and try to move with it, stamina is deducted from a "health" pool. Run out of stamina and your rogue dies. In order to prevent the loss of stamina you can throw the objects in the direction of which you picked them up. This becomes key when managing your stamina while searching for lost children. Basic concept noted so let's move on to running into objects. When you run into something, let's say a tree, it will sometimes reveal an item. Either the item will be used immediately to restore stamina or it will be stored for use later. After an item is received it is inventoried so that you can look at what you have just obtained. Some items can also be combined with others to achieve certain results such as restoring stamina or creating a new item that assists you during your quest. 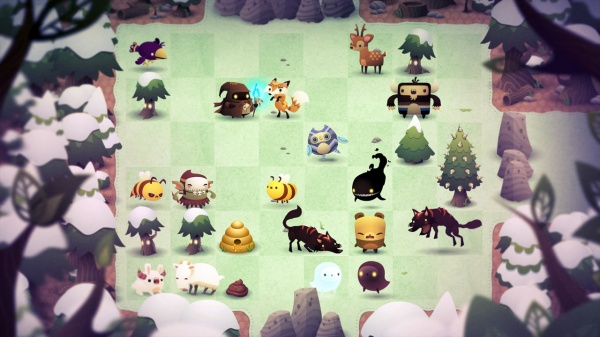 Hindering your quest are puzzles and creatures that do not hesitate to attack when approached. The puzzles are typically barriers preventing you from navigating deeper into the woods and reaching more children. These barriers are marked with requirements such as combining two similar trees. Once you have navigated the area and brought two trees together the barrier will open and progress can be made. I may not have dived deep enough into the game, but as far as I know the creatures are there more as a nuisance to sap away your stamina than anything else. It may be possible to use them against other creatures or craft an item to defend against them.

Road Not Taken involves a lot of uncertainty, adventure, and discovery along the way. I got very carried away with trying to pick up and move every item, dying several times due to lack of stamina. There is a level of thinking that is similar to chess in the fact that you must plan your moves in advance and act less on impulse. Once the mechanics of the game are nailed down the actual objective becomes much easier, though the majority of the fun is discovering new items and methods for getting the children.

One final twist outside of the forest is the villagers themselves. After each successful year you are able to venture back into town where you are provided a place to stay which in turn is the bank for the items you made during your discoveries. The villagers also play a role in your quest, each with their own personality. Provide the villagers with items that they like and they will give back in return with a specialty item. Gain additional reputation with them to achieve additional items, respect, and knowledge of the forest. 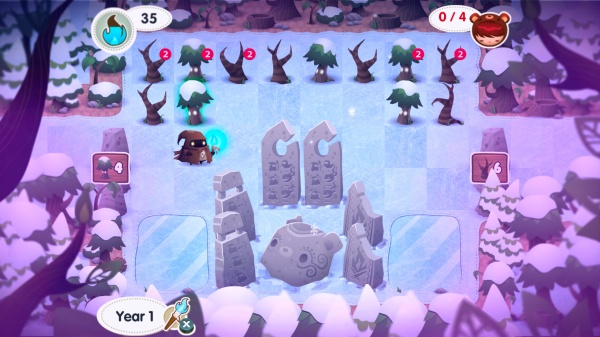 Ultimately you'll master the mechanics of the game and it ends up being very basic at that point. The game revolves a lot around item discovery and tactics, and once the discovery process begins to slow so does the enjoyment factor of the game. The levels and objectives are all the same except with each level comes more creatures, obstacles, and puzzles to overcome, eventually reaching the point where almost the entire screen is filled. This to me is not entirely fun, and when you tack on perma-death it makes things even worse. Sometimes taking the road less traveled, or in this case not taken, is a surprise and a joy to go down. Road Not Taken started out that way for me, but I was left lost down a path that I couldn't seem to get out of.

Final Rating: 70%. This road taken ended at a wrong turn.