As The Gamers' Temple resident Poke-expert, it is always a big deal for me when a new Pokemon RPG comes out. All other leisure activities grind to sudden halt and my DS (or in this case, 3DS XL) is never far from my grasp at any given moment of the day, whether I'm at work, watching TV on the couch, out to dinner with the wife (who is also hopelessly addicted, by the way); no institution is safe from being sidetracked by catching 'em all. Though it doesn't look like the first direct sequels in Pokemon history, Black and White Versions 2, will be any exception, these admittedly near-perfect adventures may not shine quite as brightly with all kinds of players. Yes, Black and White Versions 2 will get very high marks in this review and are the best realizations of the long-running RPG series ever released, but the second visit to the Unova region doesn't quite hit 100 percent perfection with this series veteran.

Black and White Versions 2, heretofore referred to as B/W 2 so as to stave off the carpal tunnel, picks up the original B/W's story two years later, after the defeat of Team Plasma and the Elite Four. B/W's plot was the most interesting one presented yet in a Pokemon RPG, with sometimes antagonist "N" finally asking the question we've all had for ages, "Is it right, or even humane, to capture Pokemon and force them to do our bidding?" Sure, it was still presented in a kid-friendly (i.e. not too heavy) manner, but it marked a mature move forward from the same old "Team X stole my Pokemon, we must defeat them!" in every other past title.

B/W 2's tale, starring you as an all-new trainer, follows the path from B/W and pushes the Unova region's story ahead in some pretty surprising ways while also forcing you to cross paths with a bunch of characters from the original games. While it is definitely cool to see how the world has changed over time, a first for a series that has constantly introduced and promptly forgotten about entire regions and populations, I imagine those who finished B/W will feel a little put out by having to start fresh as a completely new trainer. I'd have liked the choice to pick up where I left off in the previous game with my original character, but forcing us to start again makes it easier for new players to enter the fold. That's right; if you are new to Pokemon, B/W 2 is as good a starting place as any other game in the series. Either way, new and old players alike have a much better plot to follow than most other Pokemon RPGs, though the story has never been what these games are really all about.

Though it still doesn't make the most sense in my head (and, I imagine, the heads of many others) B/W 2 comes to us as possibly the last high profile Nintendo DS release we or the years-old handheld will see. Huh? What is that, you say? The 3DS has been on the market for more than 18 months? Oh, and the system is a rousing success with critics and gamers alike? And Nintendo just released a must-buy system revision/redesign in the form of the supersized 3DS XL? All this is true, but apparently no one at Pokemon development house Game Freak got any of these memos. Yup, B/W 2 is a regular, non-3D, old engine DS game. Though I certainly can't knock the game itself for this baffling release decision, that doesn't mean it is any less of a shame. Pokemon has never been about stunning graphical displays or competent voice-acting and we all know that. The missed opportunity of B/W 2 being the first 3DS Pokemon RPG stings even more because of the washed-out effect you get when playing normal DS games on your new 3DS system. And to make matters worse, the companion AR shooter, Pokemon Dream Radar, is available on Nintendo's eShop to ONLY 3DS consoles, despite the fact that it is presented in 2D. It's a little tough to grasp, I know, but here's the simplified form of all that info: B/W 2 is a DS game that must be played on a 3DS to get the whole experience, which includes a downloadable 3DS-exclusive mini game that only plays in 2D. Got that? 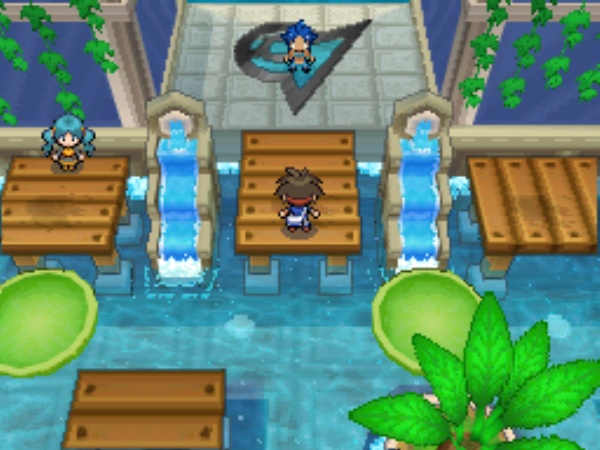 Pokemon is at its best when it focuses on the Pokemon themselves - breeding, leveling up, battling and collecting - and Pokemon B/W 2 nails almost all of these key components. The gameplay in B/W 2 remains all but unchanged from previous Pokemon RPGs, with random encounters drawing you into battle with wild Pokemon who are yours to capture or simply destroy. You'll also do battle with hundreds of other Pokemon trainers over the course of the lengthy adventure, earning eight gym badges and eventually matching wits against the Elite Four. It is a VERY familiar gameplan at this point, but if it isn't broke, they say, don't fix it. And Pokemon, as an RPG series and an intellectual property, is far from broke. B/W 2 is the definitive Pokemon title; whether you've played zero, two or ten of the previous RPGs. If you are a DS or 3DS owner (or both), B/W is the game you need to be playing right now.

Remember when I said this adventure is for nearly every kind of Pokemon fan, old and new? It is, with one minor exclusion: B/W 2 is not a game that feels absolutely necessary to the hardest of the hardcore Pokemon fans/collectors. Yes, the story is a continuation of B/W. Yes, the new stuff is all pretty cool, from habitat locations as part of your PokeDex to a new negotiation system for online trading. And yes, this is without a doubt the best Pokemon game released yet. But, if you are like me, you'll probably need to force yourself to get through this adventure. Why? For me, the main draw of the Pokemon series is the "catch 'em all" mentality, and I've done just that - I've caught them all. If you are interested, you can read about my descent into Poke-madness. 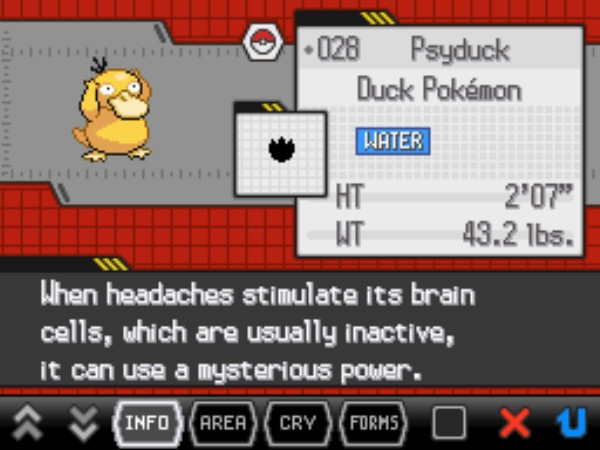 With one each of all 646 Pokemon species resting safely in my Pokemon White PC storage box, I'm finding few reasons to play this sequel through to the end. After defeating the Elite Four and obtaining the National PokeDex, I plan to send all of my captures to their new home in this game's PC, sure. But in the time since Pokemon B/W, only THREE new species have been introduced: Keldeo, a pony available through a GameStop event; Genesect, a robo-bug available through WiFi download for a limited time; and Meloetta, a musical monster who is not yet available through any means, special or otherwise. Are three new species, two of which I've already captured, really reason enough to put in the typical 100 or so hours it takes to fully complete a Pokemon RPG? Not really, no. Catching new Pokemon in B/W 2 doesn't hold any real thrill, as I know I've already captured and leveled every single species I will run across. And those species are only a simple transfer away from my PC storage box. Granted, there are more than likely only a handful of players serious enough to LEGITIMATELY (no hackers) catch one each of every Pokemon species and evolution up to this point, so this criticism probably only holds water with a small sample of readers.

So, I guess what I'm saying is that those who have "caught them all," probably won't enjoy this new entry as much as they would have with even a dozen or so more new Pokemon to hunt down. Everyone else, a group that I realize contains nearly EVERYONE ELSE, go nuts and enjoy the best Pokemon game yet, and also one of the DS' crown jewels. Just don't try to make any sense of why it is a DS game; that is a one-way ticket to a stroke or nervous breakdown.

Final Rating: 95%. A second visit to the Unova region doesn't quite hit 100 percent perfection with this series veteran.