A lot of other review sites had their write-ups of Atlus' new numbered entry in the Shin Megami Tensei series, Shin Megami Tensei IV, posted a few days out from the game's release date, either just before or just after. While I probably could have matched that, this review is about a week behind schedule. Why? Because to review a game as deep and massive as SMT IV, I needed to see it all; I needed to explore every plot point, map destination, side quest and demon fusion before I felt like I could give an accurate, complete critique on the 3DS' most complex RPG to date. Now the game is done, the end credits have been viewed and I sit in awed silence. SMT IV is an astonishing revelation, but at the same time, isn't without its minor blemishes. Even with the warts, this title sashays right by Fire Emblem: Awakening and Tales of the Abyss to become the best RPG on Nintendo's handheld.

Discussing the story and characters found in SMT IV must be done in a roundabout way so as not to spoil anything for those who have yet to see it for themselves. You play as Flynn, a newly-minted samurai in the Eastern Kingdom of Mikado. You and three other new samurai (their names escape me, more on that in a moment) begin your careers by taking odd jobs around the kingdom, but the appearance of a Black Samurai and some mysterious texts (books) kicks things into high gear. It becomes your job to hunt down the villain, who is using the written word to transform innocents into demons, as they flee even further beyond the kingdom's walls than anyone could ever imagine. I can't say much more and I've probably given away too much already, but SMT IV's plot is twisting and unexpected; just when you think you've got it all figured out, a major event around hour 10 throws it all into question and the game expands exponentially.

As cool as the plot is when viewed as a whole, there are long lulls in the main quest. Your first major objective - capture the Black Samurai - starts with a bang, but then lazily drifts off course for between five and eight hours. In exploring the world, it is easy to forget your main goal and get wrapped up in side missions, or simply in just trying to find your next objective. As the game progresses, this stays pretty constant; you get a little story, you get jazzed up for it and you forget about it for a few hours. The main story does come roaring back for the game's final third, but the early pacing doesn't do a great job of getting fickle players to stick around. 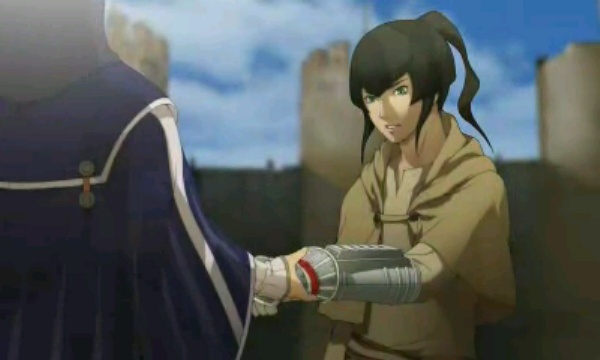 Which brings us to the characters, probably SMT IV's biggest misstep. Remember how I said I couldn't recall their names? Yeah, that's because the characters are never really fleshed out or presented in a way that players would care about. Static portraits and voice acting aren't at fault here; SMT IV just makes the story far more important than the people living it. Even after beating the game, I was still thinking of these blah characters by the nicknames I gave them to keep things straight; Backstreet Boy, Sigourney Weaver from Alien, bad haircut girl, hooded zealot, etc. Not exactly memorable, right? Placing story over character development feels like a somewhat odd tradeoff, especially when you consider the timeless characters introduced in other SMT games and spin-offs.

SMT IV's gameplay is another high note, though you need to know going in that you'll either love it or totally hate it. In the vein of other old school dungeon crawlers, a lot of the game is played in first person mode or through a series of menus. Mikado, for example, is nothing more than a series of menus dictating each location. Need to hit the barracks for some rest? It's a menu item with a static background. The same goes for everything else in Mikado and the surrounding areas. While serviceable, it isn't exactly exciting.

Battling also takes place in first person. You'll have up to three demons and yourself to utilize during fights, and it is all pretty visually basic. You get portraits of your characters with menus of commands, and a static portrait of whatever enemy or enemies you are fighting. The battle system is unfathomably deep and rewarding, though, so the lack of visual flair is forgiven. I do wonder, however, if younger, new school gamers may be turned off by the presentation and thus miss out on a great game. Demon collection and fusion has a lot to do with the battles' appeal, but we'll save that for later in the review. 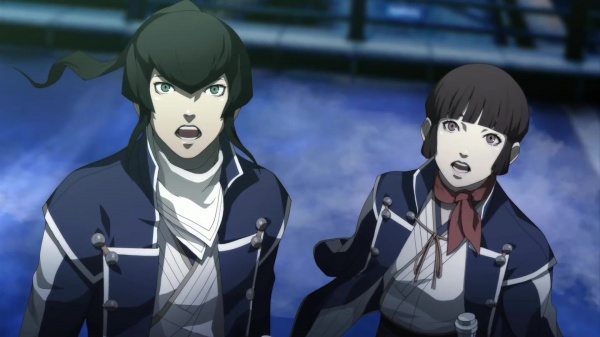 There is some third person exploration in addition to the first person perspective and menus. Exploring areas like dungeons and locations around the game's second world (no spoilers here) put the view to third person, and the switch is definitely welcome. Best of all? Enemies actually appear in the third person segments, meaning no random encounters. Yay! Some of these areas can seem a bit claustrophobic, but there are enough of them that it makes no difference in the long run. These bits were my second favorite aspect of the game, just behind the demon system.

When you get to a certain point in the game, an overworld map connects these third person areas, which is another misstep. The map is very large and you are represented as a single blue dot. You move freely around this expanse, but two small issues exist here. First, enemies are everywhere and always give you the bum's rush, which throws a wrench into exploration by immediately pulling you into battle. By the time the fight is done, you may not remember your position on the map or what you were doing before being dragged away. Also, there are invisible walls EVERYWHERE. Getting to a spot on the map gets frustrating when you can see your destination, but are unable to reach it because of arbitrary and invisible barriers. And looking for a new location is a nightmare. You end up wandering aimlessly until you happen upon the goal by chance, and even then you might not be able to get to it because of the unseen walls. The feeling of exploring the map is a good one, but restrictive paths and constant enemy encounters suck out a lot of the fun.

Let's end things with the demon system. This is the high point of SMT IV. If you plan to make it through the game, you'll need to master the arts of demon collection and demon fusion. Demons can be recruited during battles through a novel discussion system. If you are fighting an enemy you can ask it to join your team. What usually follows is the demon making a bunch of demands or asking you questions. Answer right and volunteer the right items to the demon and it is yours. If not, it may run away or immediately attack you. There is no foolproof method to recruitment, so each conversation is exciting and different from the last. It is an ingenious system, and makes each nuisance encounter an opportunity to build your team. Demon fusion is equally thrilling. Players have the ability to take two demon team members and mash them together into a new, more powerful demon. In doing so, the choice which skills and attacks to transfer is available, meaning you have complete control of which demons you bring into battle and what they can do. Everything demon-related in SMT IV is just amazing, and will keep people invested even as the story flounders under too much time away and the characters fail to impress. 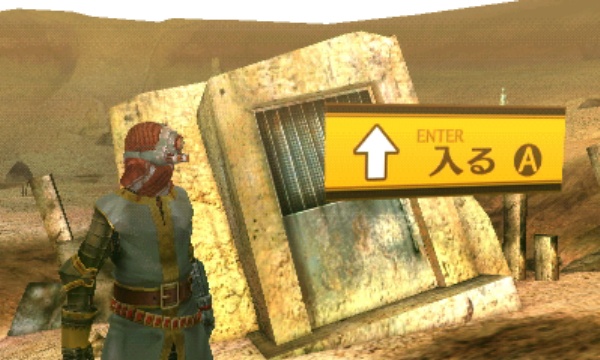 Aside from forgettable personalities and a vexing overworld map, I have nothing but praise for SMT IV. The plot is one that will stick with you for a while, the demon systems are fascinating and addicting and the overall package feels as big and fleshed out as any console RPG. The first person battles and menus may discourage those who didn't grow up on old school RPGs, but those folks are encouraged to give this a chance. SMT IV takes the title of best 3DS RPG and provides a truly AAA experience for every gamer brave enough to tackle such a huge undertaking. The review may be a little behind schedule, but it led me to one universal recommendation: Get this game.

Final Rating: 96%. A strong story makes this a best in class RPG.