You didn't really think I'd let a Dragon Ball game slip under my radar, did you? If there is one thing you can count on, it's that I'll always, ALWAYS have a review for any game starring Goku, Vegeta and the rest of the cast of my favorite anime and manga of all time. This can be a double-edged sword; it pains me to write up scathing reviews for terrible games from the franchise (Taiketsu, I'm looking at you) but it's equally nice to be able to spread the word when a Dragon Ball game transcends the typical "for fans only" qualifier tacked onto a good chunk of anime-based games. Dragon Ball Fusions, the latest RPG offering on the Nintendo 3DS is one of those games. Not only is Fusions the best Dragon Ball game since Attack of the Saiyans on the Nintendo DS, it's a fantastic action RPG with a hero collection and fusion system that puts even the newly expanded National Dex from Pokemon to shame. If you like Dragon Ball, RPGs, quirky battle systems or monster collecting and battling games, Fusions should be a permanent resident in your 3DS collection.

Like the recent Xenoverse titles, Fusions has a 100% new story for you to play through as a created character. I mention this because so many anime games are content to follow the plot of the show to the letter, essentially providing a playable version of the stories we know and love. That's cool and all, but seeing a new story and new characters added to Dragon Ball lore is always welcome. For this outing, you and your best friend Pinich have decided to gather the seven Dragon Balls in order to wish for a fighting tournament in which all great fighters, past and present, will compete to see who is the strongest. So by ripping holes in time and space, you set out to recruit the strongest five warriors you can find in order to win and beat Pinich. Your journey takes you across a bunch of familiar Dragon Ball locations as you encounter friends and foes, both new and old. It is a pretty straightforward story, but it allows for appearances from just about everyone you know from the time you remember them. And don't worry, the villains are here and doing what they do best - causing trouble. While Dragon Ball fans like myself will eat this up like candy, the plot certainly won't make a fan out of anyone, especially since the game almost assumes you know everything about Dragon Ball history (more on this in a moment).

Before we get to gameplay, let's knock out the game's presentation. For a 3DS game, things look and sound above average, and it's nice to see the little handheld be able to support semi-open world exploring without a hiccup. You also have the option to choose the language track, which I always appreciate; I'm a much bigger fan of the Japanese voice cast than the English one, so being able to enjoy their performances with subtitles was probably the highlight in discussing how Fusions looks and sounds.

Let's move right into how Fusions plays. If you've heard the game referred to as "Dragon Ball Pokemon," well, that is a fairly apt description. You and your team of five fighters take place in turn-based battles in a fighting system that is unlike anything I've ever played before. When you encounter an enemy, both teams of five are warped to a large circle. From there, you select attacks, special attacks, etc. in a turn-based system, but the wrinkle is in how the characters move. When you attack, you can have up to four team members help, depending on their positioning in the ring. Landing attack sequences sends enemies flying, and your goal quickly becomes pounding on one enemy and sending him flying into others, causing damage and even ring out penalties. This may not seem clear from my description, but essentially the battles are a mix between standard RPG fights and billiards. The fighting is fresh and unlike anything I've played before, and even nearly 100 hours in, I'm still enjoying it. 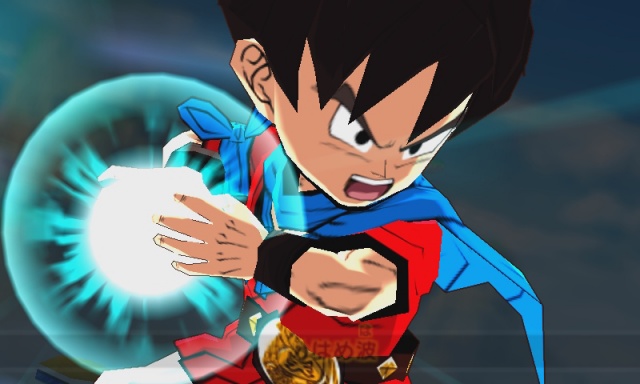 About halfway through the game, you unlock the ability to recruit your enemies for your team. This requires you to knock out whatever opponent you want to recruit with a zenkai attack, a super special attack governed by a bar that fills each time you make an action in battle. It can take a few minutes for the bar to fill so the recruitment process feels like a slow one, and the fact that not every enemy you encounter is recruitable (at that time, in post-game, every character is recruitable, all 900+ of them). And just using the zenkai attack and knocking out a foe isn't always going to result in a successful recruitment. This can lead to some serious frustrations if you decide to try to collect every character as I have. The minor annoyance of slogging through battles only to see your prize recruit escape is easily outshined, though, by how much fun you'll actually have in those battles. It is also worth noting that most of the characters you know and love are not recruitable until after you've finished the main story. I love post game content as much as the next guy, but Fusions feels like it intentionally leaves the best parts out of reach until the credits roll.

Is it weird that in a review for a game called Dragon Ball Fusions that I haven't even mentioned fusion once? I'm getting there. The game's most prominent mechanic doesn't actually rear its head until you are a little way into the game - the ability to fuse two (or five) characters into one all new, powered up fighter. Fans of the anime/manga will know that warriors can fuse one of two ways - the Potara earrings or the Fusion Dance. This game introduces a new way to fuse that isn't permanent (earrings) or limited by time (dance). Instead, any two fighters can fuse and unfuse freely at any time, which is why the game boasts over 900 individual characters. Ever wonder what Goku and Krillin would look like fused? Or Recoome and Captain Ginyu? Or Beerus and Whis? All the combos are possible and mixing and matching fighters to create the very best team possible is tons of fun.

I mentioned five warriors fusing into one. That works a little differently. During a battle, if your zenkai meter is built up enough, you can unleash an ultimate fusion attack, which sees all five of your teammates fused into one super fusion character that can deal enough damage to turn the tide of any fight. Unlike the two person fusions, though, this fusion only lasts for one attack. It's still one of the coolest parts of the game, and seeing how the fusion mechanic is displayed in the final boss is awesome (no spoilers here... just trust me).

Back to the two-person fusion; if I have one complaint with the game it is how fusing and unfusing warriors is needlessly clumsy. Mashing two fighters together means picking skills from each fighter for the new fusion fighter to inherit. Cool, right? But when you go to unfuse, you need to assign skills back to each individual character. It slows things way down and makes trying to fuse and collect all the warriors much more time-consuming than it needed to be. If fused fighters simply reverted back to themselves when unfused, there would be no problem. But having to select moves every. single. time. you fuse and unfuse is probably the worst, most irritating thing about the game. Still, collecting and unlocking all the characters holds that "gotta catch 'em all" feeling that keeps people like me playing well after they should have moved on to something else. 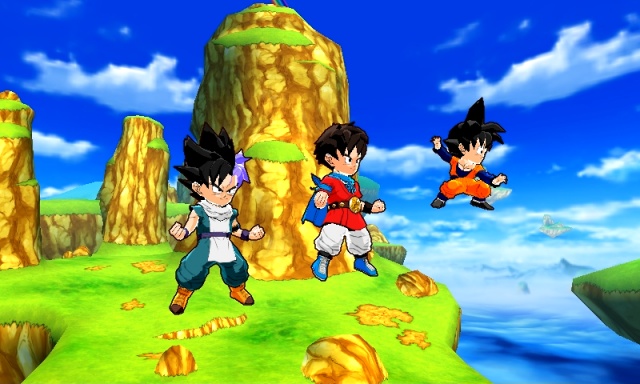 Since I alluded to it before, Dragon Ball Fusions seeks to be the most complete game for Dragon Ball fans, oftentimes at the expense of its players. Daily quizzes are available for experience or energy and let me tell you - these questions are tough. Even for someone like me who has seen the whole series multiple times, these questions are not easy. Do you know the entire incantation for bringing Porunga, Namek's eternal dragon to life? Do you know how long it takes a Saiyan spaceship to travel from Earth to Namek? Or the name of the character who unleahed the underworld in movie 10? Or all of Bojack's henchmen? Or how many planets Freeza destroyed? See? Very tough stuff. Also, the game features unlockable history entries detailing the entire Dragon Ball story, the ability to purchase and wear any outfit from any character that ever appeared on the show, and so much more that makes things feel like the developers were shooting to make the most comprehensive Dragon Ball game ever. Depending on your viewpoint and knowledge of the series, you might agree that they have done just that.

I would be remiss if I didn't mention that Fusions received a free patch/update a few days ago. The update added brand new Dragon Ball Super characters to the mix (Champa, Hit, Goku Black, Zamasu and others) and even added an online multiplayer battle mode. The former is much more interesting than the latter, but such a substantial update to a game that has been out for months definitely warrants a mention here.

You could probably tell I'm a big Dragon Ball fan if you didn't know it already, and Dragon Ball Fusions hits all the right notes for me. But beyond my fandom, it's pretty easy to see that this is an RPG that everyone can get a lot out of, not just fans. The sheer amount of characters to collect and fuse is astronomical, the battle system is fun and stays that way and the all-new story is definitely entertaining. If you have even a passing interest in Dragon Ball or are looking for the next amazing handheld RPG to play, you really can't go wrong with Dragon Ball Fusions.

Final Rating: 93% - If you like Dragon Ball, RPGs, quirky battle systems or monster collecting and battling games, Fusions should be a permanent resident in your 3DS collection.